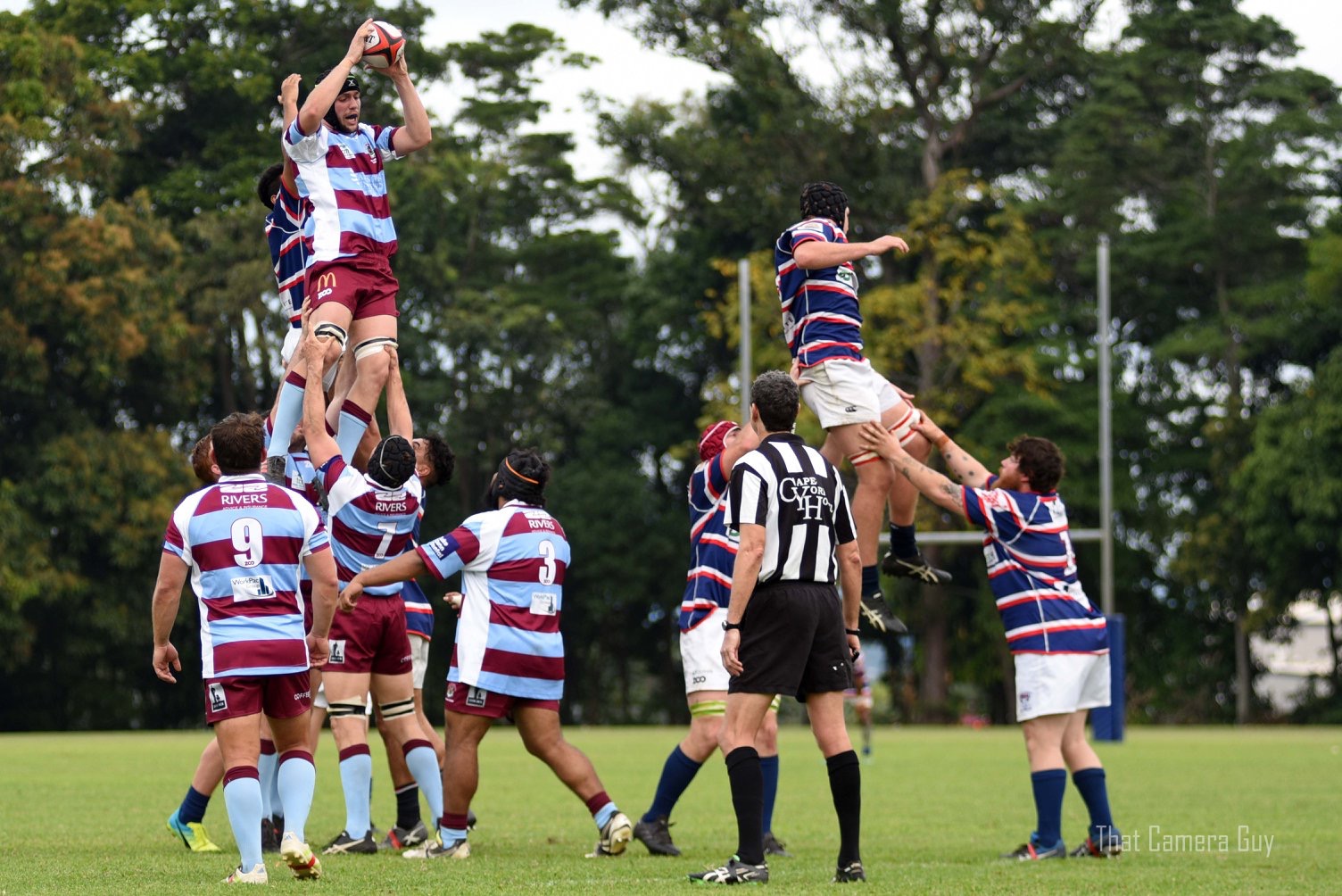 Today was a big day in the club’s history. Celebrating 40 years as a rugby Club in Cairns, and after a very successful Sportsman Luncheon on Friday we had a top of the table clash with last year’s Grand Final winners in a well attended home game on Old Boys Day.

We are a no excuses side and aimed to prove it to the warriors from yesteryear. However 6 replacements out of the 8 allowable had to be made during the game because of injury or illness. But this only served to underline the resolve and pride in the jersey of the boys, as the bench was thin. Thanks to the Old Boys who played in the reserve grade game, as this served to keep the run-on A grade side fresh.

A change of tactics saw us play a tighter game, with numerous pick and drive and pick and pass sorties. This resulted in field position and eventual tryline attack. Tight head prop Kai Lowah just back from a New Zealand tour with Queensland Country, got low and drove over the line through some desperate defence to register the first points of the game. Unconverted we led 5- 0. A lot of the game was spent in the “arm wrestle” zone of the middle of the field. A turn over and quick wide ball saw our defence not hold its structure and allowed Barron to do what they do well which is to use their skilled outside backs to score in the corner. This was converted from the sideline and Barron led 7 – 5.

The boys considered themselves unlucky when a try was disallowed for truck and trailer, even though no contact or forward movement had been made except by and with the ball carrier.  It was good to see that being put straight behind them and concentrating on what needed to be done next. And next was a try to the same man, loose head Scott Winkworth. This time converted from the sideline and Mariners were up 12 – 7 having played into the wind in the first half.

If the game wasn’t a test of will in the first half, it certainly was in the second half. I was proud of the boys effort and many Old Boys conveyed the same sentiment to me. Our execution let us down but credit must go to Barron’s determination in defence of their tryline.

Barron scored next again using quick width but failed to convert. 12 – 12. We were held up over the line after sustained Pick and Drive and despite being given a yellow card, Barron still defended stoutly. We did get over the line from a smart piece of classic half-back play by substitute half, Fraser McBean, who ran from the base of a ruck, and drawing the defenders passed to the ever alert blindside flanker Bryce Stanley to score untouched. Unconverted we led 17 – 12. With less than 5 minutes to go, an upset win was a looming possibility. Possession was the key to pushing home a victory but Barron gained possession and scored in the corner right on the final whistle. Everyone held their breath as a successful conversion would have kept the table-toppers undefeated season well intact. As it was the kick failed and the match was drawn. We were able to take a lot of confidence out of the match, and although not feeling like we had played as well as we can, we felt we had done enough for the many club stalwarts, old boys and supporters, to make the day worthwhile and look forward to the finals.

Many players dug deep so the points went to the best scullers for the boat race – we had to win something!!

Mariners Slip Against Southside
All Players and Volunteers Welcome Join Us