Today we reached round 8, the halfway mark of the season. Mudcrabs were coming off a win, and third placed Penhryn Sharks (behind us in second) had just won over Port Raiders, to keep their pressure on us. So it was a game we needed to win, and win well to get a bonus point.

Mudcrabs had a home game at their new ground. Well done to the ‘Crabs.

A Rugby field is a field is a field, but some grounds seem to have their eccentricities. This field unlike our home ground, runs east to west, and we started from the eastern end. Although it started raining during the first half, it wasn’t heavy and the ground seemed somewhat protected from the wind by the surrounding trees, so there was very little effect on the game. However, Mudcrabs, running towards the sun, had the first chance at scoring with a penalty from 30 odd metres out but despite a clean kick did not get between the posts so maybe the wind was influential higher up.

We could have kept the ball in hand more often, and this coupled with repeat penalties meant we had the minority of possession. However our field position was good and eventually after putting together some sustained pressure, we got the ball wide and scored in the left corner; unconverted we led 5-0. Our next try came from pick and drive with loose head prop Scott Winkworth getting a rare but deserved meat pie; again unconverted and we led 10- 0 at half-time.

With Captain and blind-side flanker Claude Thomsen nursing a spinal injury, Liam Duncan moved from hooker to flanker and Nick Moller, who can play anywhere in the front row, took over the rake and line-out throwing, our set plays not missing a beat. In fact, from some 35 metres out, we scored near the corner from the base of a scrum putting us into the lead 15-0. Crabs threw a lot at us but the boys put in their usual defensive effort and held them out. Full=back Bradley Manoi had saved us with last line tackles a few times, but when Crabs kicked deep having failed to break our defensive line, Manoi suddenly went turbo and skipped and dodged his way through a random defence until confronted by their fullback. Ever alert open side flanker Bryce Stanley had seen the possibility and sprinted up in support and was rewarded by a nice draw and pass from Brad to score under the posts and convert his own try putting us up 22-0 and into bonus territory.

3 went to Nick Cameron who captained the side, and led from the front,

2 to Bryce Stanley, and

1 each to the youngster (under twenty) locks – Dan Rosendale and Jesse Kautu.

Scott Winkworth for his johnnie-on-the-spot try, but also for showing his versatility with ball in hand.

2 to Bryce Stanley, and 1 each to Scott Winkworth and Eugene Connelly 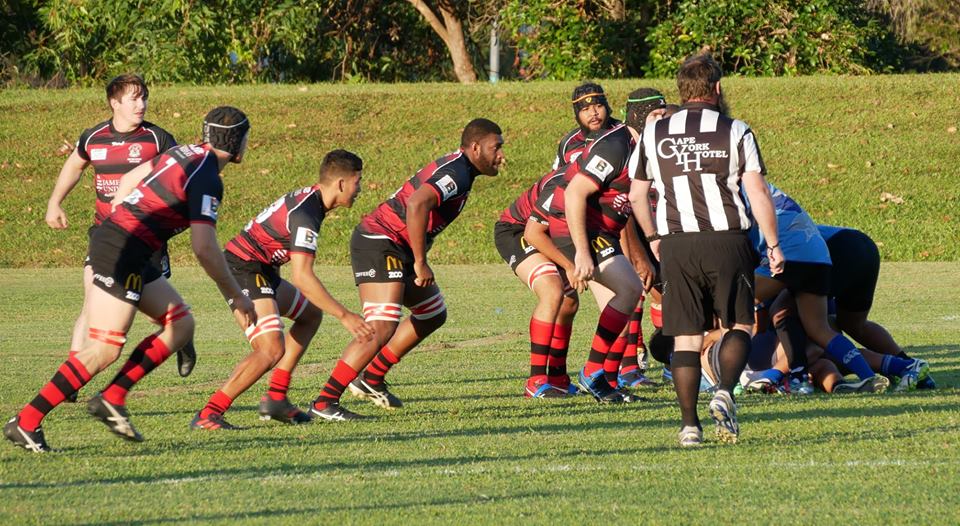 Mariners Reel in Sharks
All Players and Volunteers Welcome Join Us